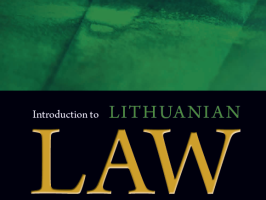 Throughout the past year, Willamette Law has continued to improve its profile with new professors and faculty members, as well as a number of new programs and resources. Willamette Law announced a new addition to its teaching faculty, Sheryl Buske, who will teach health law. Another new faculty member is Professor Rohan Grey, who will focus on land use law. Several new graduate and undergraduate students are also joining the law school.

Willamette Law has a strong reputation for its progressive approach to law education. The College of Law is preparing students for a world that is changing rapidly. The university has introduced a number of new programs that will allow students to prepare for a future of legal practice and leadership. This includes the Signature Strengths Initiative, an initiative that recognizes students and faculty for their strengths and abilities. The college is also expanding its partnership with Western Oregon University. This new partnership will allow students to continue their studies in the area while pursuing their degree at Willamette Law.

Willamette Law will also welcome a new adjunct professor, Terrence Green, who will teach immigration law. Additionally, Professor Rohan Grey will focus on the legal design of money. This is the first time that this specific type of law has been offered in the state of Oregon.

Willamette Law is also known for its experiential learning opportunities. Through its Externship Program, students have the opportunity to participate in a number of different legal practices. The clinic is the only clinic of its kind in Oregon. The clinic also provides students with the opportunity to participate in mock trial competitions. This year, the clinic’s third-year students participated in the Bruce Spaulding Trial Competition, a competition that featured leading legal scholars. On September 14, the final round of contests was held. Several of the students earned scholarships.

The law school also has a strong tradition of diversity. Students and faculty are encouraged to take advantage of all resources available to them. This year, the law school welcomed 217 new first-year students to campus. The class is one of the most academically talented classes in school history. This class also meets or exceeds all the latest metrics.